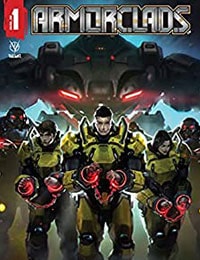 In a distant solar system, advanced mechs known as Armorclads are used to fight wars and build worlds. On Xeru, genetically engineered workers live out their short lives mining a valuable mineral called The Pure in construction-class mechs known as Ironclads. When one of their own is killed, the Ironclads'' world is turned upside down and they defy their oppressors. Along the way, they''ll discover they''re embroiled in a mystery dating back centuries that could change the world forever-as long as they band together.