The popular BATMAN creative team that produced the popular BATMAN & DRACULA: RED RAIN and BATMAN: BLOODSTORM reunite for a haunting 4-issue Prestige Elseworlds miniseries that pits an all- too-human Dark Knight against supernatural villains who are blends of classic horror characters and Batman''s familiar gallery of foes. Written by Doug Moench, with chilling, stylized art by Kelley Jones and John Beatty, HAUNTED GOTHAM finds a very mortal Bruce Wayne in a Gotham City that has become an isolated hunting ground, cut off from the rest of the world by evil, unearthly beings who prey on humanity. Trained from birth to combat the dark forces, only Wayne can hope to prevail against an army of twisted creatures that includes werewolf assassins, ghosts, demons, zombies, and a patchwork Joker (wearing the head of Bruce Wayne''s father) among its members. But to gain the power he needs, must Batman sacrifice his parents'' souls? 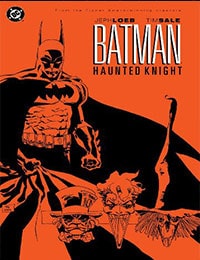 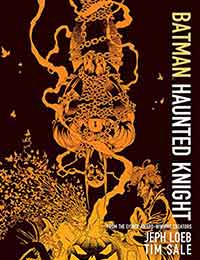