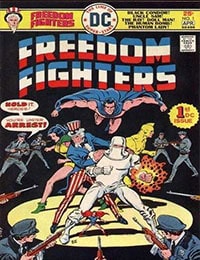 The Freedom Fighters arrive in New York City on Earth -1 from Earth-X and quickly find themselves needed to defeat the Silver Ghost and his gang. They are successful in driving off the gang but Silver Ghost gets away. During the fight Phantom Lady discovers a new power of invisibility. They are set upon by the police who do not know who they are. They convince District Attorney David Pearson of their good intentions and he sets them up in a castle like place for their place of operations. 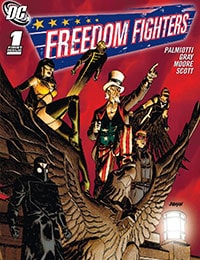 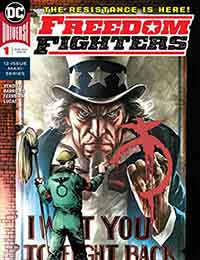 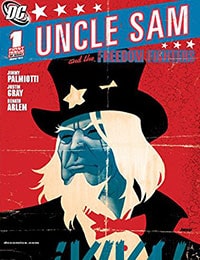