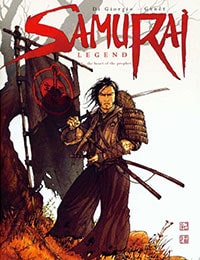 The European best-seller now finally presented in English! Writer Jean-Francois Di Giorgio and artist Frédéric Genêt tap into the rich mythology of the noble Samurai creating a nuanced look at the fabled Japanese warriors. Having become a samurai, Takeo feels strong enough to confront his past. On the borders of Japan a terrible plan is being plotted: General Akuma, one of the Empire''s most influential figures, seems to be dead set on betraying the emperor to his own advantage. However, a grave secret links the two men: the 13th prophet. Meanwhile, Takeo hopes to discover who he is. Why did he grow up in a monastery ? And why was he abandoned by his brother ten years earlier? His quest will put him in deep torment, placing him in the middle of the dark destiny of the Empire and the 13th prophet!