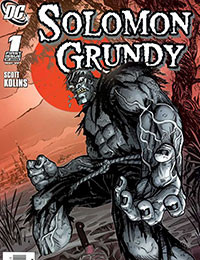 Writer/artist Scott Kolins (THE FLASH, FACES OF EVIL: SOLOMON GRUNDY) brings you the origin behind one of the most mysterious figures in DC comics! Smashing out of the pages of his Faces of Evil one-shot, Solomon Grundy teams with Cyrus Gold - the man he once was before becoming a monster - to uncover the truth behind the Grundy curse! But how can he team with Cyrus Gold? How was Solomon Grundy created? And can Cyrus ever be set free? There are seven issues for each day of the nursery rhyme that haunts the longtime DC favorite, and by Sunday, could this be the end of Solomon Grundy? 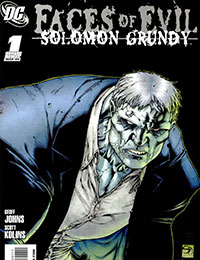