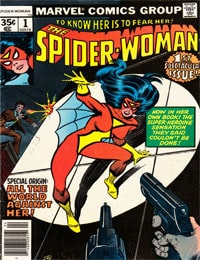 Spider-Woman swings in her first ongoing series! Jessica Drew''s life has been marked by tragedy- her capture by Hydra, her entanglement with the High Evolutionary. But now, Jessica is determined to build a new life for herself in London. But with no sense of normalcy, it''s not long before Jessica realizes that her spider self may be easier to handle than her humanity. Has the world turned against Spider-Woman? And who is Jerry Hunt, the S.H.I.E.L.D. agent who swears he''s met Jessica before?