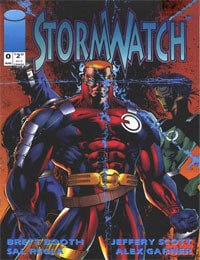 Stormwatch is the United Nation''s crisis intervention team that is in charge of responding to superpowered threats around the globe. Led by Weatherman Henry Bendix, the team resides in their orbital space station: Skywatch. They are not only responsible for planet-side threats but also threats that come from the far reaches of space. But as those threats increase, the question of just how prepared this team is to handle them comes into question.