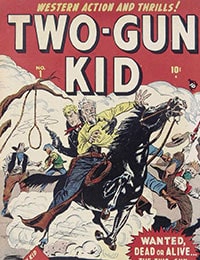 Two-Gun Kid starred a cowboy named Clay Harder for the first 59 issues after witch the series was put on hiatus for more then a year. With issue 60, the more well known Two-Gun Kid, known as Matt Hawk, first appeared and took over as the lead character. The series was again put on hiatus with issue 92 for 2 years. The series ran from 1948 through 1977 for 136 issues. The Two-Gun Kid was eventually brought into the present time and joined the Avengers for some time. 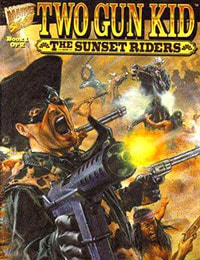