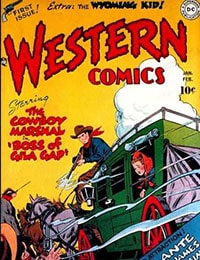 The introduction of Western Comics stood as proof of DC''s commitment to the Western genre. The first issue introduced new characters including the Wyoming Kid, Cowboy Marshal, and Rodeo Rick, but the Vigilante may have seemed most familiar. The bandana masked hero had already earned his place among the 7 Soldiers of Victory following his introduction in Action Comics# 42 (November 1941), Although his adventures took place in contemporary times, the Vigilante''s costume helped him fit in among the stars of Western Comics. 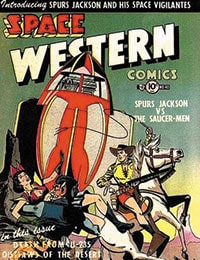